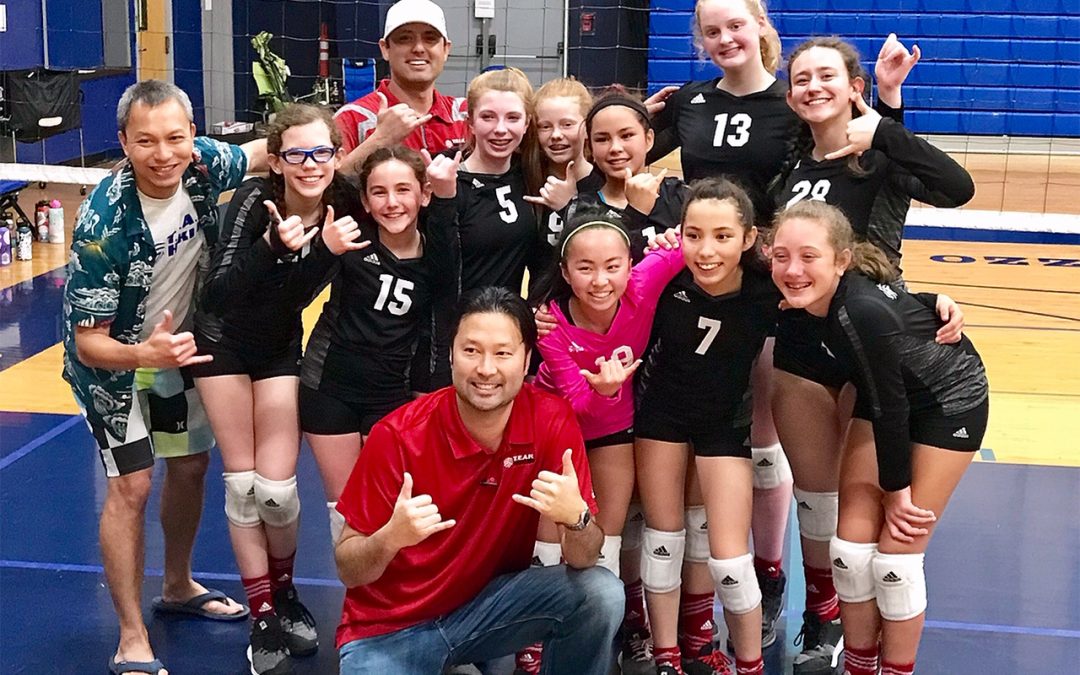 14-1 Power League
For the first time this year we had the opportunity to play the top teams in CEVA In the gold division (Excel, webfoot gold, OJVA 2, Athena). Started the day with losses to Excel and Webfoot and then gained momentum with wins against OJVA in pool, PVC in crossover and then Athena Black for gold division ranking. We took 5th in gold. We are the highest ranked 14’s in TEAM HIKI NŌ history. That is amazing accomplishment and our team is moving in the right direction entering regionals at the end of the month.
~Tehya

14u Reno
The excitement of knowing teams were ranked higher than us gave us the drive to win second in silver. On the first day we beat two teams in our pool and felt excited for our next step in this tourney. We were fighting hard but the other team pulled away at the right moment leaving us second in our pool. The next day during our first game we fought hard against Xceleration and ended up with a victory. In the following game we were fighting hard when our setter injured her ankle and we later found out she would be out for the rest of the tournament. When this occurred we lost all of our energy and positivity. We ended up losing that game and the next but because of the win in the beginning of the day we came third in our pool. We were in a good spot to start the next day which was single elimination. Our first game of the last day was against a lower ranked team, Vibes. We won the first set but they came back fighting in the second. In the third set we came out fighting and ended up with a victory. Our final game of the tournament was the championship for the silver bracket. We played an evenly matched team and rally’s went on for long periods of time. Even though we lost that game we were very proud of how we played and all the small goals leading up to this moment. Our coaches were proud not only how to played but how we worked together and how our line judging brought us and other people joy. We want to say thank you to our parents and coaches for giving us this opportunity to learn and grow as a team.
-Lauren S.